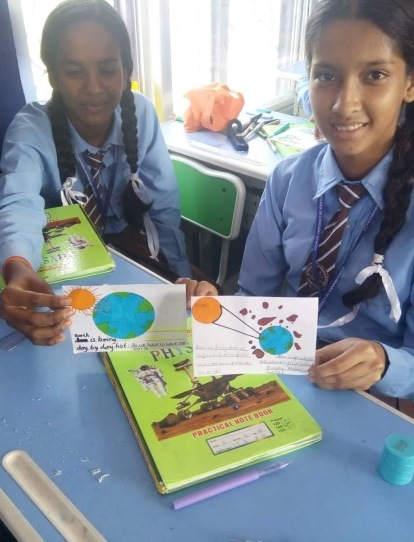 The Swiss Agency for Development and Cooperation SDC successfully set a new Guinness World Record of the largest composed postcard with the help of children and youth (over 125,000)

The Paris Agreement concluded in 2015 intends to stop global warming at a maximum of +2°C compared to pre-industrial times. This will only be possible if society at large commits to substantially reduce current greenhouse gas emissions by taking immediate action. In such an endeavor children and young people are key players – both, as the generations that will have to live longer with tomorrow’s climate as well as driving force to achieve a climate compatible development.

This is why the Swiss Agency for Development and Cooperation (SDC) through its Global Programme Climate Change and Environment (GPCCE) helped mobilize youth all over the world. The main goal was to launch a ‘Global Climate Change Youth Movement’ that will helped raise the voice of children and adolescents to be heard by leaders and decision makers – especially at the Conference of Parties of the United Nations Framework Convention on Climate Change (UNFCCC) that took place in Poland (COP24).

Stories of the campaign’s impact have been featured as a running series on the IUCN CEC portal here.